Since documentary filmmakers work in a visual medium, the aim is to demonstrate, not to explain. The story would not be as emotionally compelling and captivating if it were only delivered to the audience through dialogue, voice-over, and text. A lot of inexperienced filmmakers make this error.
Instead of involving the audience emotionally in the story, they instruct the audience on how they ought to feel.
This is a mistake that many filmmakers and documentary producers have made, especially when making their first films or documentaries. When as a documentarian you use text to explain what was happening and how the characters felt in the midst of the movie, you have doubts whether the viewers would feel the way you wanted them to because you end up telling them what was happening rather than showing them. This makes the audience feel less invested in the characters.
Understanding the value of visual resources and learning how to use visual storytelling approaches in filmmaking helps to show your abilities as a good filmmaker, and it should become one of your best qualities as a director and a favorite aspect of making movies.
So, what methods of visual storytelling can you employ to improve the interest level of your documentary? In this blog post, I'm going to discuss 10 effective visual storytelling strategies that you can utilize when creating your documentary. 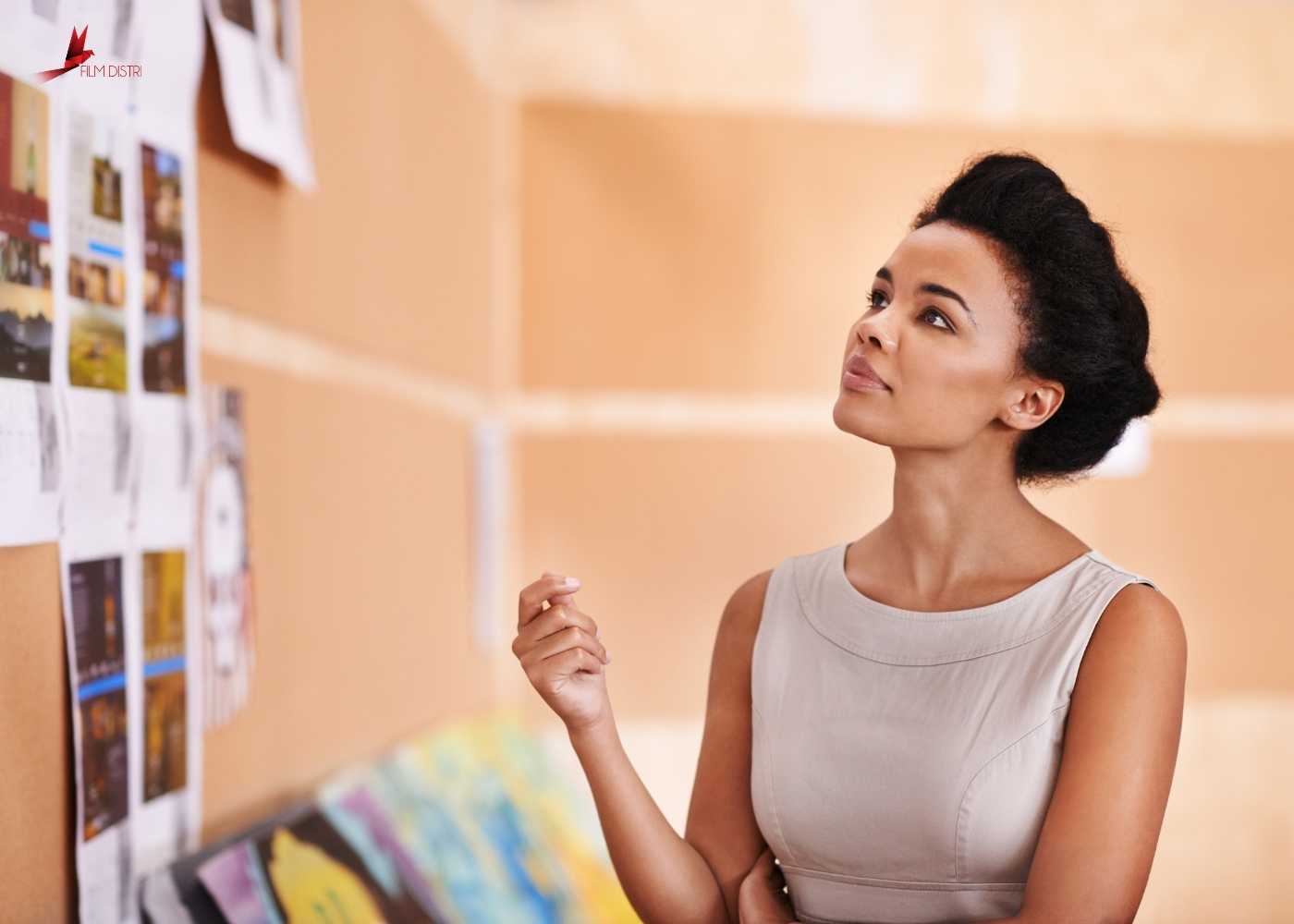 There are two types of rolls used in video production: A and B. A-roll is the primary footage that tells the story, such as an interview, character dialogue, or a presenter speaking directly to the camera. B-roll is the additional film that is shot to enhance the story you are presenting and to offer you more editing freedom.
B-roll footage typically shows landscapes or action, such as a close-up of the topic being discussed or a broad shot of the setting the characters are in. One of the most common visual storytelling strategies used in documentaries to evoke emotion in viewers is the use of B-roll film.

Stock footage is video that has previously been shot and can be used to depict a situation in a documentary. Online retailers such as Film Supply and ArtGrid sell stock footage.
If a filmmaker is lacking a specific shot and lacks the funds to either go out and take the shot themselves or hire someone else to take the shot for them, it can save them a lot of time.
For instance, if you required a wide image of the city of London, you might locate it on a website selling stock video, buy it, and use it in your documentary. Some filmmakers rely only on the sale of stock footage to support their lifestyle.
One Strange Rock, a documentary series hosted by Will Smith, is a fantastic example of how beautifully stock footage can be used. Will Smith's narration frequently uses stock video as an illustration. Because it was put together with rousing music and suspenseful sound effects, it is tremendously potent. A wide variety of stock footage is shown, including cityscapes at dusk, astronauts in space, and breathtaking mountain peaks. And it functions admirably for this kind of fact-based documentary. 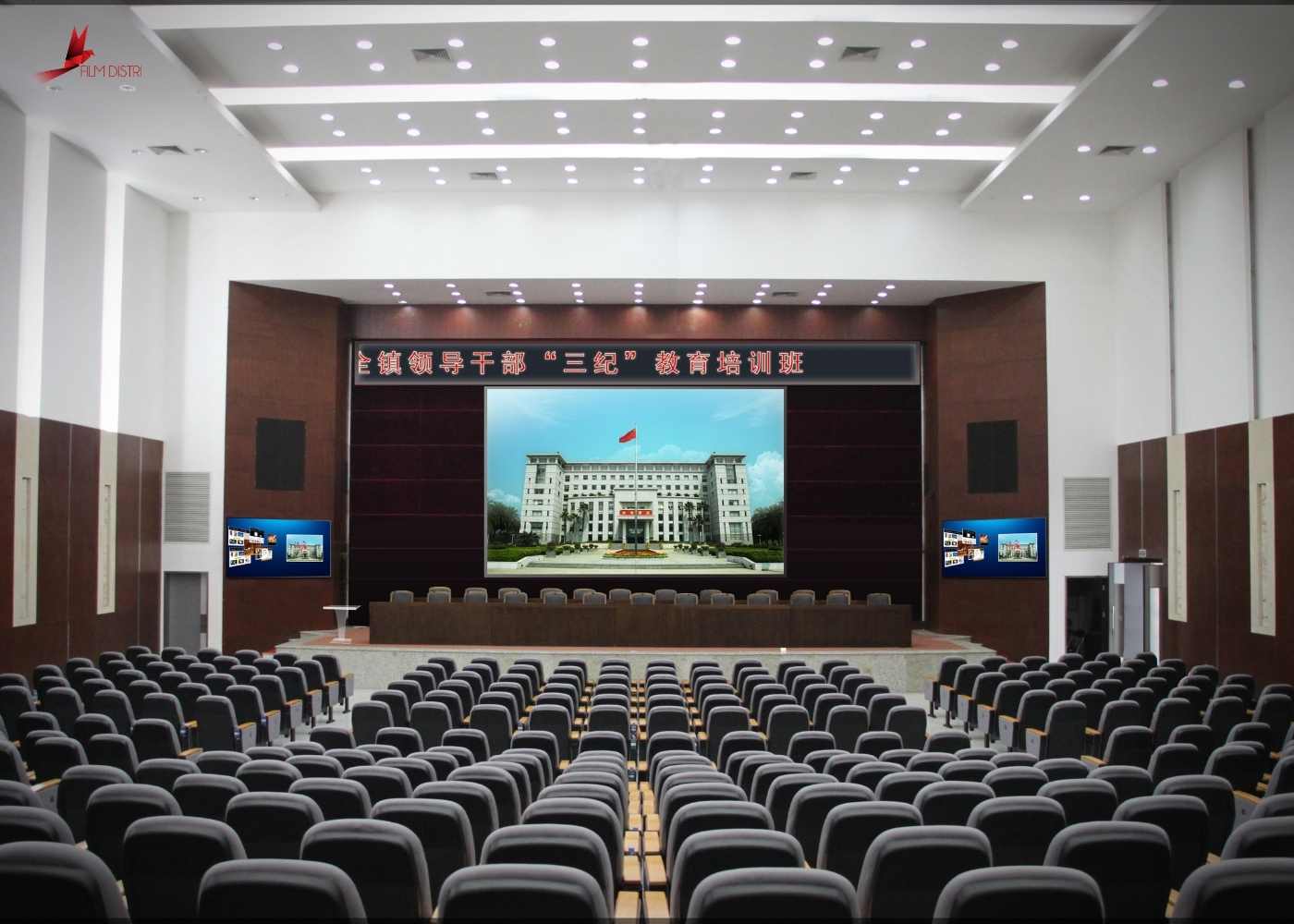 Because of the internet, crowd-sourced video and photo content is now a thrilling and effective way to convey your narrative.
With the filmmakers' brief in mind, they write their script and post a request on the Internet asking for specific types of images. These movies are frequently taken using cell phones and less expensive DSLR cameras and feature real people doing real activities, giving them an authenticity and genuineness that cannot be duplicated in any other way.
This method of gathering material for your movie can be time-consuming because you have to sort through a ton of footage of varying quality, but it can also be a very effective way to convey a story. It is advantageous if you already have a following on social media or are a member of a group of individuals that share your values and are enthusiastic about your documentary project.
Life in a Day is an excellent illustration of a crowd-sourced feature film. The producers used micro-stories from individuals all around the world to create a full-length documentary that offers a variety of viewpoints from people from all walks of life.

Archival footage may be a very powerful storytelling tool when creating historical documentaries about past occurrences.
Archival video comes in a variety of forms. For instance, home videos, news reports, event videos, video blogs, movies, behind-the-scenes videos, smartphone videos, drone videos, and even GoPro videos.
Archival material is anything that has been discovered to aid in telling the tale of your documentary and was previously shot for a different reason. In the feature documentary Amy, where archival film and individual testimonies were combined to offer an intimate portrayal of singer/songwriter Amy Winehouse, archival footage and personal testimony were used to tell a dramatic story.
A large portion of the archival material used in this movie was handheld and blurry. As we observe Amy in her most private and intimate moments, this helps the spectator feel a sincere connection to her.
The traditionally grainy, low-quality, and occasionally black-and-white archive footage is getting better and better thanks to new technology.
Especially now that some smartphones can produce video of a caliber that rivals that of DSLR cameras. Incredibly impressive black-and-white video restoration is now possible thanks to technology.
For instance, in the documentary "They Shall Not Grow Old," director Peter Jackson and his crew colorized authentic World War I black-and-white material from the Imperial War Museum's archives. The effects are amazing, bringing the historical film to life in a way that no one has ever seen before.

Another effective method for telling your tale in a documentary is by using images. Images are particularly helpful for helping the audience visualize the past, such as an event or historical period. The pioneer of historical documentary filmmaking, Ken Burns, masterfully incorporates photographs.
For instance, he frequently zooms into photos and adds sound effects to the visuals in his documentary series The Vietnam War to add passion to a situation, making it appear as though the images are alive. Filmmakers now refer to this kind of panning and zooming of still pictures as the "Ken Burns effect" because he has become so well-known for this technique.

Another fantastic creative technique to express your narrative is with illustrations and visuals. If you don't have any video of the event, you could commission a drawing of the relevant scenes from an artist.
Alternately, you might wish to add some artistic flair to your film's style by employing illustrations or magazine cutouts to illustrate scenes that are important to your tale. In the documentary Take Your Pills, about prescription drugs that enhance performance, the filmmakers use both drawings and graphics to illustrate what the interviewee is saying.

To really make these illustrations and visuals come to life, they can also be animated. Stop-motion animation or computer animation created using Adobe After Effects can be used to do this.
This is also done in the movie Take Your Pills, where the creators chose to use animation to enhance the images and illustrations.
For instance, the filmmakers use animated pictures to depict Dr. Gordon Alles' tale of how he found amphetamine as the interviewee is discussing its origin.

Important details like the title of the movie, your characters' names, their ages, locations, dates, and times can be communicated effectively by using text on the screen.
In the Oscar-winning short documentary Period, as an illustration Sentence End Since the names of the film's primary characters aren't established through dialogue, the directors use text to do it.
Text can also be utilized to tell certain aspects of the tale, such as the context-setting introduction to your movie, a call to action, or the character-explanation section at the conclusion of your movie.
An illustration of this can be found in the little documentary Zion, which follows a legless wrestler who defies all chances and expectations to succeed in the sport. Text appears at the conclusion of the movie, outlining Zion's accomplishments since the documentary's filming was finished. The text aids in giving the documentary a more satisfying and storybook-like finale.
However, as film is primarily a visual art form, the more effectively you can convey the story through images, the more effective it will be.
It's important for digital-age filmmakers to acknowledge that text has gained popularity as a technique for social media videos. In some cases, text is actually used as the primary storytelling tool, with title slides narrating the story at various points and, in some cases, very little actual video.
This is due in part to the fact that social media users frequently cannot play sound, as well as the fact that text-based video can be produced more quickly and at a lower cost, helping to satisfy the growing need for quick-turnaround, low-cost social media video production. Although I advise documentary filmmakers to use as little text as possible, it's always a good idea to be aware of how the digital revolution, especially social media, is altering the filmmaking scene.

In investigative documentaries, hidden cameras are most frequently utilized when the protagonist is in peril while seeking to disclose an unlawful or immoral act and cannot film with the camera visible.
Hidden camera footage is typically captured using tiny cameras and little care for production. Because of this, the tape is typically of poor quality, but this doesn't matter because what matters is that it is used to demonstrate to an audience the major components of the story that are illegal or unethical.
The Oscar-winning documentary The Cove, which attempts to expose the cruel dolphin killing practices in Japan, is a fantastic example of the use of covert cameras. Remember that you will need to anonymize the subjects' faces and change the sounds of their voices in order to prevent identification if you don't have a release form to film the subjects on camera.

When you use actors or the subjects themselves to reenact historical events that are significant to the plot, you are engaging in recreation.
People typically decide to recreate events either because there isn't any archive video of them or because the video isn't of high enough quality to be used in a documentary.
By using this technique, a movie is no longer strictly a documentary because the scenes with actors include a bit of fiction. Your movie would then be referred to as a "Docu-Drama." Docu-dramas frequently mix the visual storytelling techniques of "recreation" and "interview-led" storytelling.
My favorite documentaries, Touching the Void and Jango, as well as the Netflix series Wormwood, all make use of recreations. As you may portray intimate situations and details with an actor that may not be possible with a real-life subject, recreations in documentaries are a particularly effective way to tell a tale, especially if it's a historical event and there isn't much visual archive material available.
That's it, then. These are the top ten storytelling strategies you may employ to make your documentary come to life. Don’t forget, your film or documentary is only as good as the story it tells. Knowing how to use the resources available to you to tell your story will determine how well your film or documentary stands out from the rest.